This film explores the life and art of reclusive Winslow, Ark., artist Tim West. Filmed over a period of six years, the film details Winslow’s active career – which spans more than 60 years – from his early success to his battles with personal demons and return home. 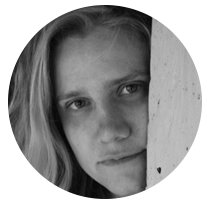 Diana Michelle earned her degree in Fine Art with an emphasis in photography from the University of Arkansas as well as her Bachelor of Science in Biology. She is the recipient of the Arkansas Committee of the National Museum of Women in the Arts 2009 Annual Bibba Pruet Scholarship. She teaches photography and Photoshop at Northwest Technical Institute.

Diana has operated a portrait studio, Diana Michelle Photography, for the past six years. She displays her Fine Art at galleries and museums both locally and regionally. She directed the documentary short Westland about the reclusive artist Tim West.

AETN first took to the airwaves in 1966 as (KETS) in Little Rock, Arkansas. In the early years, KETS was associated with National Educational Television, a forerunner of the current Public Broadcasting Service and focused primarily on instructional programming for use in Arkansas classrooms. After ten years of operation, KETS became AETN, the Arkansas Educational Television Network with the addition of three transmitters in Fayetteville, Jonesboro, and Arkadelphia. The addition of a fourth transmitter in 1980 in Mountain View completed AETN’s coverage of the state and with the help of a ten-site microwave interconnection system allowed AETN to deliver national and local programming to homes throughout the state.

Throughout the years AETN has consistently received national recognition for its Original Programming. This recognition reflects a history of broadcasting excellence that AETN has maintained throughout its forty year history and exemplified by the network’s many Emmy awards including three 2010 Emmys for the Arkansas Department of Heritage supported “Silent Storytellers” a documentary focusing on the art, history and preservation of Arkansas cemeteries.