I Am The Aurora Hunter | Alaska Public Media

I Am The Aurora Hunter | Alaska Public Media

Todd Salat was born an Iowa country boy, making his way to the mountains as often as possible. Once he came of age, it didn't take him long to find his way to Alaska. Over the past 20+ years, mostly by trial and error, Salat has become one of the best photographers of the aurora borealis – the Northern Lights – in Alaska, and the world.

Alaskan Todd Salat is one of the best aurora borealis photographers in the world. 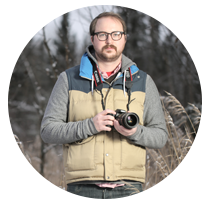 Travis Gilmour grew up on a family farm in Oregon’s Willamette Valley. After receiving his BA in English from Oregon State University, he immediately moved to Alaska to seek his fortune. Over the past year, Travis has traveled across Alaska by boat, plane, snow machine and dog team to tell the unique and colorful stories that make up the Indie Alaska documentary series.

Alaska Public Media is headquartered at KAKM-TV in Anchorage. It provides PBS to more than three-fourths of the state in partnership with KTOO-Juneau and KYUK-Bethel. Alaska Pubic Media is also the home of KSKA-FM, the Alaska Public Radio Network, Alaskapublic.org and Town Square 49

Alaska Public Media created Indie Alaska in 2013 in partnership with PBS Digital Studios. It features the stories of the men and women who make up the real Alaska.