In an Arizona Home Depot parking lot, a married couple - 'Andrew' and 'Jen' – hires undocumented day laborer Carlos and his buddy to repair their deck. As Carlos washes up in the family’s bathroom, 7-yr-old 'Jonah’ interrupts him. A tragedy of errors puts Carlos’s and Andrew’s lives at risk, leaving everyone caught between their individual consciences and the law. 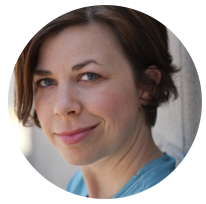 Heather de Michele previously had the pleasure of working with Jude Roth on the award winning short film PLUTO, which she directed. Heather recently directed the critically acclaimed Off-Broadway production of SHAHEED: THE DREAM AND DEATH OF BENAZIR BHUTTO. Her film credits include LACUNA, THE REAL GIRL’S GUIDE TO EVERYTHING ELSE, SATI, SONDRA STINGRAY, CRY FOR ME NOW, and the upcoming feature film AS GOOD AS YOU, which will begin production in July 2014. By day Heather is the Managing Director of The Groundlings Theatre in Los Angeles. 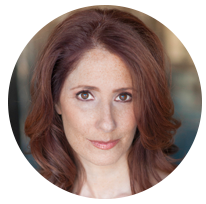 Latino Public Broadcasting is the leader of the development, production, acquisition and distribution of non-commercial educational and cultural media that is representative of Latino people, or addresses issues of particular interest to Latino Americans. These programs are produced for dissemination to the public broadcasting stations and other public telecommunication entities. LPB provides a voice to the diverse Latino community on public media throughout the United States.