Produced by WMMT in Whitesburg, Kentucky, "Calls from Home" is a weekly radio show that broadcasts messages from friends and family of those incarcerated in the prison system of Central Appalachia. Seven penitentiaries have been built in the region in the last 20 years. "Calls from Home" gives family members - many of whom live hundreds of miles away - a chance to connect with their loved ones.

From the heart of Appalachia, a radio station broadcasts hip-hop & shout-outs behind bars. 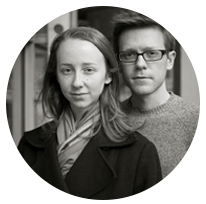 Hannah Ayers is a native of Charlottesville, Virginia. She has contributed to communications and event-planning efforts at several non-profits, including WITNESS, Girl Rising, Connect to Learn, and the Thomas Jefferson Foundation. She is a graduate of the College of William & Mary and Columbia University’s School of International and Public Affairs. Lance Warren was raised in Virginia. He studied history and politics at Syracuse University and Brandeis University, focusing on race and ethnicity in the twentieth century. Lance works with the Gilder Lehrman Institute of American History, designing online courses, producing videos, and organizing workshops for history teachers.

WCVE PBS made its debut on September 14, 1964, in Richmond, Virginia.  With a core mission of serving schools in Central Virginia, it became the first educational television station in the South.  Today, WCVE PBS serves 44 school divisions and broadcasts national PBS and locally-produced programs that provide lifelong learning opportunities for all ages.